The traffic never stops in a city of 15 million... 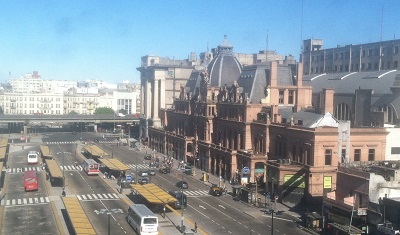 There is a a popular Argentine saying in Buenos Aires that goes - Dios está en todas partes pero atiende en Buenos Aires. (God is everywhere, but He works in Buenos Aires). With the amount of people traffic and things to do I can see why that saying has some truth in it. The above picture is my view from my aunts apartment. She lives in one of the original neighborhoods of Buenos Aires where the architecture is fabulous. The building is the Constitution train station built in 1864 and with connecting buses it has over 2 million visitors each day traveling from and to the provinces of the greater Buenos Aires. One interesting thing I learned about this train station is it clandestine boxing gym underneath the station. Here they find any place they can to play/train sports. Click Here for an article on the infamous boxing gym.

As soon as we arrived Sunday at 3pm soccer was alive and thriving. Boca Jr. was to play San Lorenzo for a crucial 3 points to be in second place in the league. The game was to start around 6pm and the taxi driver pointed to a helicopter that was surveying the hinchas route to the stadium. Cars have the right of way here but on Sundays the hinchas (fans) own the streets en route to the game. With help of the chopper police escort the crowds of fans on foot and bus closing streets for them. What they don't want and always prevent is the routes of the hinchas crossing paths. It was a beautiful sunny day when we arrived and on the freeway cars were parked on the grass off the shoulder of the freeway. There they spend a nice time relaxing maybe drinking mate and playing soccer. Here any piece of green grass is prime real estate for a nice Sunday afternoon. In the USA I think it is illegal to use the grass areas along the side freeway exits. Here it is just another place to play soccer and sure enough in our 30 minute drive from the airport I saw at least 10-12 pick up games. Amazing!!!

5 Weeks in Buenos Aires, Argentina
The Capitol of Soccer Passion 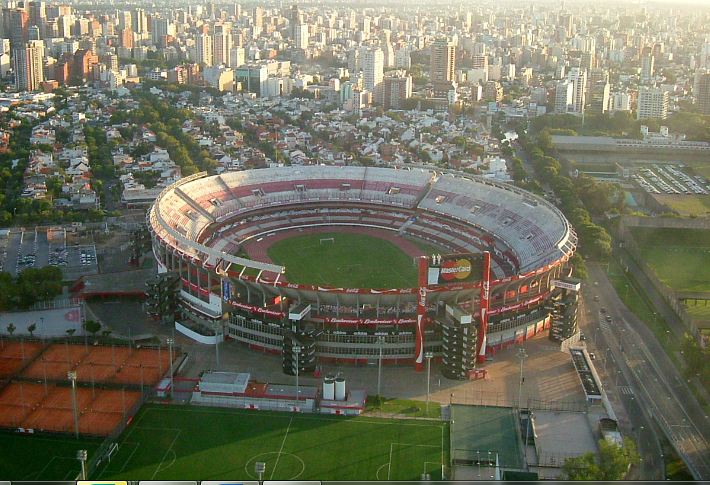 I will do my best to upload my notes and thoughts to this blog during the month of November as I along with my family live in the heart of Buenos Aires. I am honored to have been accepted into the two year ATFA international FIFA coaching program. It is a virtual campus program that will give me the certification to be a professional coach anywhere in the world. The month in November I will be attending courses and a weekend seminar "Congresso del Futbol". The Stadium you see above is "El Monumental" This is where I will be studying. It is the home of River Plate and the National team games. I am a Boca Junior fan but will have to keep it quite during my studies at the campus. River and Boca are rivals and the most popular teams in Argentina.


Some Things I plan on doing while I am here:

It will be a busy 5 weeks but well worth it. I hope to keep all of you in the loop of all things Buenos AIres..stay with me and subscribe to the blog!